It’s important to consider some factors before hosting your first live performance or any virtual event. Several key ingredients are necessary for an effective live stream: the proper bandwidth for distributing content, the right audio and video inputs, software and/or hardware for distributing the stream, and the correct settings, like live stream frame rate, to offer your audience an unforgettable viewing experience. Throughout this article, we’ll look into a few of the most commonly asked questions about video frame rate and FPS for live streaming.

It’s no secret that live streaming is becoming insanely popular. According to Cisco, online videos are expected to draw above 82% of all internet traffic, which is 15 times higher than what the rate was in 2017. The chances of getting new leads are, thus, 82% lower if you are not creating online content already. Although you may be tempted to grab a camera right now, snap a few shots, and upload immediately, we encourage you to wait. Our goal is to help you understand what settings on your camera affect your final output, like your video frame rate.

It is essential to select the correct video frame rate during your filming process in order to keep viewers watching till the end. In the event that you choose the incorrect one, your video may appear unprofessional, which may leave your viewers uninterested. Here’s a quick guide on everything you must know about the FPS for Live streaming like a pro.

When viewed at a certain speed, videos are composed of a sequence of still images that resemble motion. There are a specific number of frames displayed on a film or video every second, which is known as the frame rate. In other words, frame rate refers to how fast the images are displayed. Each frame comprises one image. Brains add or fill in missing information to create the perception of motion. In effect, this creates the illusion of smooth motion.

Frames per Second (FPS), on the other hand, measures how quickly motion video is displayed. The faster the FPS, the smoother the motion appears as our brain adds missing data to create motion. For instance, an FPS of 60 of a video indicates that 60 different images are displayed per second of the concerned video. Generally speaking, a minimum of 30 frames per second is required to avoid jerky motion. 60 frames per second is the standard for high-motion content. However, we’ll discuss the ideal FPS a bit later.

The Significance Of Video Frame Rate

If you want to produce high-quality content, you need to know the frame rates before you shoot. A video’s frame rate has a direct impact on its style and viewing experience. Choosing the right video frame rate depends on how realistic you would like it to look and whether you plan on using features like slow motion or transitions.

A frame rate of at least 30 frames per second is ideal for live streaming. In your camera’s settings, you can check the camera’s base frame rate. Your video encoder’s settings can also provide examples of frame rates.

It is important to understand what kind of content you want to create before determining the ideal video frame rate. Make sure to encode and upload your content to a streaming platform in the same video frame rate as the one used while recording it.

Quality does not necessarily improve with higher frame rates. As we discussed earlier, there’s a specific purpose for using each video frame rate. In general, higher frame rates result in slower motion videos. The effect of smooth slow-motion can be achieved by slowing down 120fps videos to 24 frames per second.

Higher resolution videos may look better with higher video frame rates subject to the display capabilities. You will be able to see the content much better with an OLED display at 60-120 frames per second than with an LCD display at 24-30 frames per second. There may be cameras that are capable of recording 120 frames per second but only at 720 pixels, not 1080. Consequently, higher FPS also increases the cost of ensuring the proper video quality. Bad video quality and streams, however, is not tolerated by many viewers. When it comes to low-quality content, most people will tolerate it for 90 seconds.

24fps, 30fps and 60fps are among the most common video frame rates used. Let’s look at each of these in brief.

24fps – Most Hollywood movies are shot at this frame rate. It gives videos an authentic cinematic feel. However, Slowing down what you film in 24fps can appear very choppy and unprofessional.

30fps – Video content can generally be filmed in 30fps with most modern cameras. This higher frame rate is more suitable for games or other such videos having fast motion.

In the modern digital world, all three FPS rates are used in live streaming. There is no definitive answer to the question of which fps rate is better. Frame rates can be adjusted based on the type of camera you’re using, the settings in your encoder, post-production, the content type, and the hosting service you’re using. A camera’s best performance and quality should be achieved by shooting at either 24fps or 30fps.

The Ideal Frame Rates: When To Use Which

The frame rate affects video bandwidth requirements just as it does with video resolution. The transmission of data required by a video with a high frame rate is greater than that required by a video with a low frame rate. As video bandwidth becomes more accessible to more viewing devices, higher frame rates are becoming the new norm. Therefore, it’s essential to check all the settings on your hardware to ensure that the correct FPS rate is being selected.

The reason why FPS for live streaming matters is that it not only affects how your videos are captured but also how your audience interprets them. While the common people may not be able to tell the difference between 24fps and 60fps, everyone will agree that there’s a different feel to a news story than a movie. The underlying reason is simple – a piece of news or a sports broadcast has a higher FPS while movies have lower FPS. So, if you are planning to stream a gaming session or one which involves fast motion, you need to use higher FPS. On the other hand, if your live stream is not as happening and involves something like a church service or a community meeting, you can go ahead with a lower FPS.

At Flutin, we offer 30fps, 45fps and 60fps. For gaming, sports or other kinds of streams that involve fast motion, you can go ahead with 60fps while events like conferences and meetings are better off with 30fps. Head over to Flutin and try these tips to see the difference yourself. 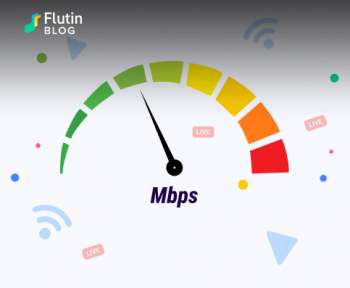 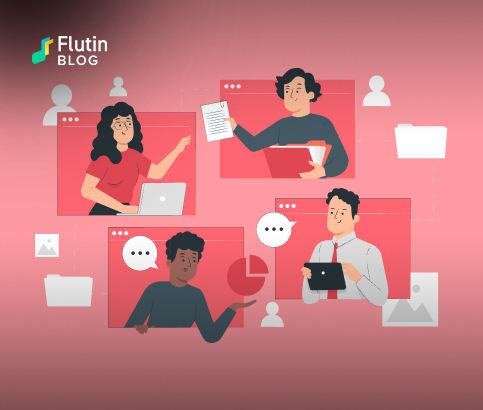 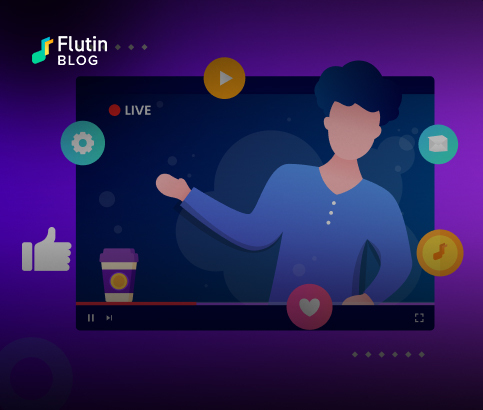