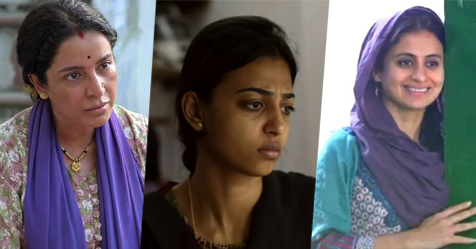 Thanks to the changing mindsets in the world of cinema, short films are gaining momentum at a very fast pace. The best part of these short films are they far away from the clichéd cinema we usually watch, thanks to Bollywood. They are, in fact, the complete opposite of Bollywood films. They showcase issues and topics that are way different. They feel like a breath of fresh air which seems like reality and not exactly drama. Here are some excellent Indian short films which you must watch –

You will take a while to recognise the main lead as Tisca Chopra because she looks entirely different as a homemaker from her previous roles. But as the film continues, you will get to see different layers of her character which you will love.

This short film is based on the most terrible terrorist attack mankind has ever witnessed that were the Peshawar attacks of 2014. The beautiful bond between a mother and her son, who gets killed in the attack, will leave you teary-eyed.

Kriti is a psychological thriller that will leave you on the edge of your seat. The story will send chills down your spine while the end will leave you wondering!

4. That Day After Every Day

The film is a must watch for all women and most importantly all the men. It will inspire all the women and it will give a tight slap on all the men who have taken eve-teasing as their birthright!

This short film is shot in the backdrop of Pakistan and showcases the struggles a family goes through just to achieve the Visa. How they fake and plan everything is something brilliant to watch.