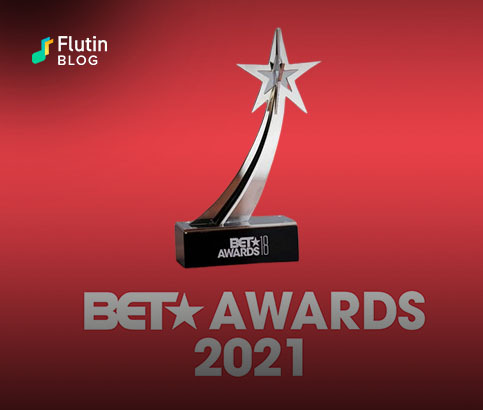 The BET Awards is an annual American award show that celebrates the contributions of African Americans in the entertainment industry. The BET Awards 2021, held at the Microsoft Theater in Los Angeles, did not disappoint. Apart from the BET Awards 2021 winners being well deserving, the night also gave way to some jaw dropping moments that sent the fans into a frenzy. From powerful performances to surprising announcements, check out the craziest moments from the prestigious night.

The BET Awards is a really important night, especially for African Americans. This night is dedicated to celebrating their work and award talented people of colour in the field of acting, music, sports, etc. The BET Awards 2021, held on 27th June, set out to achieve its said purpose. However, in the process, it featured some memorable moments that took the internet by storm. Let’s take a look at some of the raging moments from this historical night.

The Award ceremony kicked off with a powerful performance from Lil Baby and Kirk Franklin. The duo performed a high energy rendition of “We Win” from the soundtrack of ‘Space Jam: A New Legacy’ which is scheduled to hit screens on 9th July.

The Revelation Of The Night

The biggest jaw dropping moment of the night was made by Cardi B. Apart from performing with Migos, the rapper simultaneously revealed her pregnancy to the world and instantly broke the internet while at it.

The Oscar and Grammy Award winning artist H.E.R was born to slay. And the BET Awards 2021 was no exception. Performing her song “We Made It”, she also showed off her insane skills as she rocked the drums like a pro and wrapped up her memorable performance with a thrilling guitar solo.

Megan Thee Stallion undoubtedly owned the honourable night. Debuting her super hit single “Thot S—”, the Houston-based rapper delivered a stunning performance as the boss queen she is. She was also one of the biggest BET Awards 2021 winners as she bagged most of the awards she was nominated for – including Best Female Hip-Hop Artist and Video of the Year.

Lil Nas X has never held back from being comfortable with his homosexuality and has been an inspiring individual for the youth. Taking on the stage to deliver a fresh new rendition of “Montero (Call Me By Your Name) based on Egyptian themes, the rapper ferociously owned his truth as he kissed one of his backup dancers on stage. We all stan a powerful king like him.

Fans at the venue as well as at homes were ecstatic to see a brilliant and energetic performance by none other than Bruno Mars and Anderson.Paak. Lighting the stage on fire with “Leave The Door Open”, the duo also won the Best Group award.

Emphasizing the theme of “Year of the Black Woman”, the award ceremony was hosted by the ever gracious Taraji P. Henson. The empowering icon gave women of colour their literally flowers and had them sit at the front and center. She also slipped into a few different attires during the show as a tribute to her favourite Black female icons.

From the hip-hop genre to the R&B, African American musicians have contributed significantly to the global music scene. Put on the songs of your favourite artists, who are people of colour, on the Flutin app and shower your love for these well deserving and insanely talented individuals.