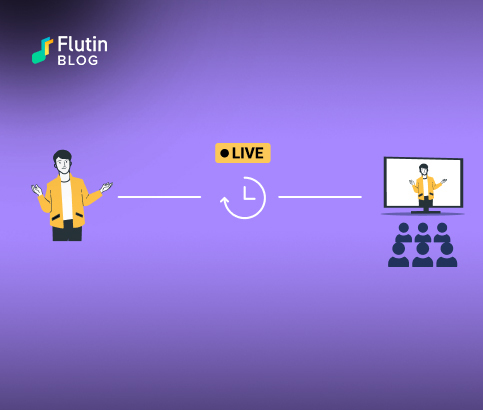 An Ultimate Guide To Low Latency Streaming: Everything You Must Know To Keep The Lag Away

The importance of creating a pleasant viewing experience is paramount when streaming live at the professional level. Maintaining low latency is a contributing factor to this phenomenon since it ensures that your viewers are able to watch you as close in real-time as possible. Today, we will take a deep dive into what low latency streaming actually is, why it is so important to maintain during a live stream and how you can achieve low latency streaming to stream like a pro.

Over the past few years, video content has gained a lot of attention. A lot of it is for fun, while businesses are using video to enhance their marketing efforts. Therefore, video streaming is in need of being faster, better, and more immediate. This sense of immediacy of the video is significantly influenced by low latency in live streaming. While it might be more of a concern with some live streams than others, it is nonetheless a critical aspect of live streaming to understand. Let’s look at what low latency means, why it is important, and how it is achieved.

Latency in Live Streaming: What is it?

Let’s cut to the chase – in technical terms, latency means nothing but “delay”. When information is sent from point X to Y, latency refers to the time it takes for that information to reach point Y after having left point X. This is the simplest explanation of latency.

In a more specific sense, video latency refers to the amount of time it takes for a frame to be captured and displayed on an end user’s screen. So, when you stream live, latency ensures that you never appear to your viewers in exact real-time – there will always be a delay.

An online speed test will show you your current latency. You can find your ping rate there. However, it’s important to note that your internet speed won’t affect your latency. Despite their similarity, there’s a big difference between these terms. You will not experience lower latency if your internet is faster. The speed of your internet connection speeds up page loading times and lets you stream videos at higher quality, but it will still delay your live stream. You can think of broadcasting as water going down a pipe – it is sending a stream of data together with a connection.

Causes of Latency in Live Streaming

Latency occurs during a live streaming session due to multiple reasons. Let’s take a look at a few of them:

The Type of Encoder

It’s essential to optimize the encoder to send a signal with the least amount of delay to the receiving device.

If you are located far from your ISP, a satellite or an internet hub, your videos will have increased latency.

The Type of Internet Connection

Speeds and latency are influenced by the internet connection type. Wireless internet, for example, transmits video more slowly than fibre-optic.

Your internet speed and streaming latency can also be affected by computer viruses and suspicious files.

“Good” Latency: What is it and when does it occur?

Ideally, you want your stream to be as close to real-time as possible. However, internet latency is an ever-present factor. So, what is an acceptable level of latency?

In reality, live streaming latency is not standardized. What people mean when they say low latency is that it ideally should be lower than the industry average. But, what’s the industry average that you should aim to achieve? A typical latency for online streamers is between 30 seconds and a minute. A survey of video developers found that 53% would like to achieve a latency lower than five seconds. However, you must be excited to know that Flutin Live does offer a latency of 5-6 seconds on average, which is actually above the industry performance.

High Latency: Is it really that bad?

The user experience can be greatly affected by a high latency on streams, especially when it pertains to interactive live events. Imagine an interactive chat box for the audience where they can ask questions during a live stream with approximately a 30-second latency. At a certain time T0, the streamer could perform a certain action. Thirty seconds later, viewers would see this action. Meanwhile, the streamer would carry on with whatever he’s doing. As a result, if someone enquired about the action at T0 in the chatbox, the broadcaster might already be doing something completely different, and not be aware of the context. Even if a wrong answer is given, the viewer would still have to wait another 30 seconds before getting to know it. And so the loop would carry on, resulting in a bitter experience for both parties.

Low Latency: How do you achieve it?

Here are a few tips on achieving low latency.

Old-fashioned Ethernet cables can transmit data faster than WiFi routers. So, for your main broadcast device, we recommend an Ethernet connection.

If an Ethernet line is connected to satellite internet, it won’t be of much help. Wires around the house are annoying, but that’s the only way to connect to the satellites in space. All requests must go from satellite to hub and internet to satellite again, and so on. Consequently, satellite connections have a higher latency than optical fibre connections.

If you are downloading Marvel movies in the background while your friend is streaming Netflix in the other room, you are bound to get a high latency. It’s best to either ensure that no one uses the network at the time of your live stream or get a connection solely for live streaming purposes.

In spite of using a good connection with no traffic, you may still experience lag because of your outdated hardware. Consider upgrading your network devices for lower latency.

Now that you know all about latency and how to keep it low, utilize this knowledge to stream on Flutin Live for an amazing experience as our platform already offers a latency of 5-6 seconds. We even let our users engage in RTMP streaming which is the most preferred solution among streamers to ensure lower latencies. Head over to Flutin Live and have fun.