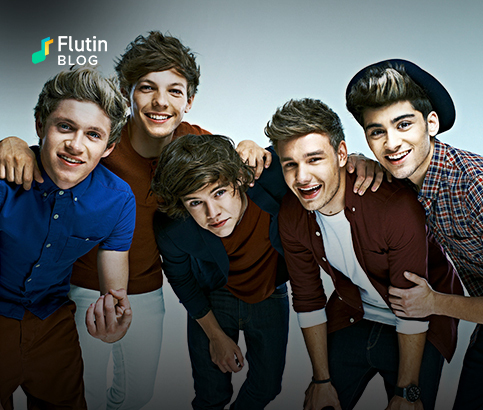 It was on 23rd July 2010 that Simon Cowell brought together a bunch of young guys passionate about singing on the show “The X Factor U.K.”. That, ladies and gentlemen, was how the defining pop band One Direction was formed. They went on to achieve unimaginable heights of success, sell out stadiums across the world and redefine pop in the 2010s. Even though they disbanded towards the end of the year 2015, Directioners (the name given to their fans) still remain highly supportive of the boys. Today, we check out the most iconic One Direction songs of all time.

Ever since the official handle of the Euro Cup 2020 asked fans to vote for the song they’d like to be played at the Wembley Stadium on Twitter, Directioners have gotten together to support former One Direction member Louis Tomlinson. While they are up against some of the biggest stars on the planet currently like BTS, Billie Eilish and Usher, time remains proof of the fact One Direction used to be one of the biggest bands in the world. Despite the boys having disbanded, the love in the hearts of Directioners haven’t faded away. And if you aren’t a fan already, check out these awesome One Direction songs that will surely turn you into one.

Once this pandemic is over and you get on the road with your buddies to go on that long-awaited road trip, we recommend you to play this track while enjoying the sweet outdoor air in your car. Its ideal 80s retro vibe will surely take you on a journey to the gold old past.

2. What Makes You Beautiful

Call it cheesy if you may but you cannot deny that this number is really a sweet and innocent love anthem that we have all been addicted to once. In fact, this is the song that put One Direction on the map with its refreshingly endearing lyrics.

“Story Of My Life” could be rightly marked as the song that changed things around for the band. After the bubbly feel of “What Makes You Beautiful”, the boys geared towards more of the rock and power-pop vibe. This deeply meaningful track helped One Direction become bigger than just a teen pop sensation.

Speaking of power-pop, we cannot miss this hard hitting track. However, this was also the band’s first ever track that didn’t feature Zayn Mallik. Despite an evident hole, you hardly ever realize it through the song. The song has an energizing electro-rock vibe to it which amplifies the already infectious chorus.

While “Drag Me Down” is the band’s first song without Zayn Mallik, “Night Changes” is their last track with him. Things were changing for the sensational pop stars and there couldn’t be a better fitting song to capture this moment. The subtle melodies and the perfect combination of each of their unique voices made this track give a perfect ending to their years of togetherness.

If you ask Directioners, they will tell you that the best One Direction song is “Best Song Ever”. This isn’t solely because of the song title. The creative video, the smart analogies, the catchy chorus and the hint of rock skyrocketed the song to the top of the charts.

We end our list with the last song ” History” from the band’s final album (so far). While the lyrics talked about the hardships faced by the band and how they overcame it, the song itself served as the bittersweet goodbye that fans needed.

Even after disbandment, the members are still flourishing in their solo careers and are continuing to win over Directioners with their massive talents. Find your favourite One Direction track on the Flutin app and rekindle your love for the band that still lives on through memories and music.