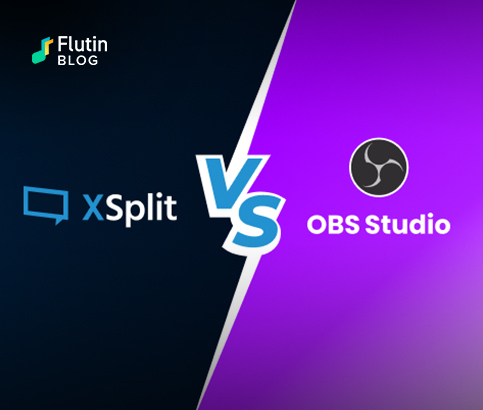 Live Streaming has become a widely chosen option in this world. Everyone around the globe uses live streaming for various purposes. So, in order to stand out from the crowd, you will have to opt for high-quality encoding multistreaming platforms. This will enhance the quality and effectiveness of your live video. The two most acceptable and popular software encoders are OBS and XSplit.

Both of them have a lot of features, pros as well as cons which make them very useful around the globe. Both of these software have similarities as well as differences which distinguish them from other software. Below is a guide which compares OBS and XSplit, its pros and cons and also gives you complete information for using this software to improve your live streaming experience. By the end, you will be able to analyze which streaming software is the best choice for YOU!

OBS stand for Open Broadcasting Software which is free of cost, open-source screencasting and encoding multistreaming platforms. While referring to OBS people usually refer to two concepts i.e. OBS which is the core streaming software, and StreamLabs OBS which is the offshoot of OBS studio. In this guide, we are focusing only on the OBS studio for ease.

OBS Studio allows you to record your video and showcase them live on various platforms such as Facebook, YouTube and twitch. You can also use this software to record your videos. The software is free to download and compatible with Windows, macOS, and Linux. OBS Studio lets you fully customize your stream using its built-in features and expanded functionalities with plug-ins.

SCREEN RECORDING : OBS lets you easily share and broadcast your screen in HD.

VIDEO BROADCASTING : You can stream your live videos to many platforms such as Facebook, Twitch and YouTube.

VIDEO RECORDING : Capture audio and video to edit them later.

CREATE UNLIMITED SCENES : OBS lets you create as many scenes as you want in your live video along with transitions.

XSplit has varied features which attract streamers of all kinds, especially professionals. Unlike OBS, XSplit is not open source nor it’s free but its UX features are worth paying for any streamer.

PROJECTOR MODE : XSplit lets you place your stream on multiple screens at once if they’re all connected to the streaming PC.

MIXING FROM MULTIPLE AUDIO DEVICES : XSplit has a built-in audio mixer which lets you mix audio s which are recorded using different devices

INTEGRATION WITH SKYPE VIDEO CALLS : You can stream to Skype with XSplit

SCENE PREVIEW EDITOR : You can arrange your scenes and then preview them.

BACKGROUND EFFECTS : XSplit lets you blur, remove and edit your background so you do not need a green screen.

How To Use Flutin Live With XSplit And OBS?

Flutin live is a multistreaming solution which lets you stream your live videos simultaneously on various platforms such as Instagram, YouTube and many more. You can use Flutin Live with encoding software such as XSplit and OBS to multistream your videos on your favourite live streaming platforms.

Which Is Better OBS or XSPLIT?

After going through the basic understanding of working, best features and major drawbacks of these encoding software, we can easily compare the two of them on various factors. Let’s see how these two live streaming options stack up against each other in the following categories:

1. FEATURES : If we talk about features XSplit takes up the lead with a large variety of prominent features. When you consider integration with popular video calling apps, XSplit comes out on top. Although both have the best features, it’s easier to use the features offered by XSplit. The only reason why OBS is better is that it has all free features while you have to pay for all the useful features in XSplit.

2. INTERFACE : XSplit has a sleeker interface than OBS. You can easily access all of XSplit’s essential features within one dashboard, on one screen. With OBS, you often need more than one monitor to keep track of everything that’s going on with your stream. Also, the OBS interface can be a bit overwhelming for beginning streamers, as there are several menu options, such as Scene, Sources, Scene Transitions, Audio Mixer, and Controls. While XSplit’s interface is a bit more simplified, changing scene transitions does take fewer clicks in OBS. You also need an account to use XSplit, either a dedicated XSplit account or your Twitch, Facebook, or YouTube account.

3. PERFORMANCE : You usually want streaming software that uses only a small portion of your computer’s resources. According to reports, OBS uses only one or two percent less computer resources than XSplit. If you are streaming with only one PC and CPU resources are a concern for you then you should go for OBS.

4. LIVE STREAMING : XSplit lets you capture videos in 4k with its video recording feature, but the max resolution you can stream is 1080p at 60fps. OBS lets you capture and stream video in 4k; however, you have to ensure the rest of your setup is suited for 4k streaming to achieve the results you want. Currently, YouTube is the only platform that supports 4k streaming. Both OBS and XSplit have options to stream in 60fps as well.

5. VIDEO RECORDING : Both XSplit and OBS offer you features to record and stream as well. For local recording, XSplit has x64 and x265 video codecs, so it is better suited for YouTube uploads than OBS. XSplit has more video and audio optimizing options but OBS has only file formatting features.

XSplit vs. OBS: Who Is The Winner?

In this whole comparative description, there is no clear ‘winner’ instead there is a clear description of all the pros, cons and features of this software which makes it easy for us to identify which software fulfils our requirements. The best choice depends on your needs as well as your knowledge as a live streamer. If you have finances to spend and do not want to waste your time learning about the software then XSplit is the right choice. Also, if you have some experience and lack finances then you can go for OBS as it is the best choice. Hopefully, this comparative guide will help our upcoming streamers. 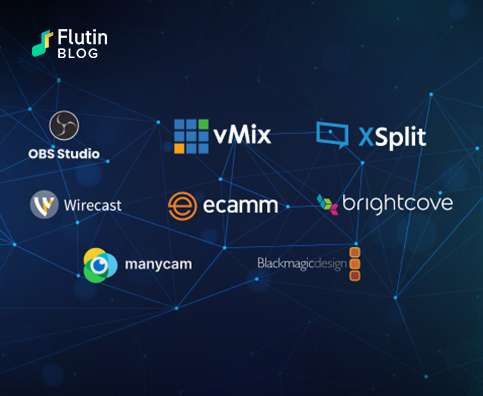 This guide compares the 9 best live streaming software of 2022

This guide compares the 9 best live streaming software of 2022