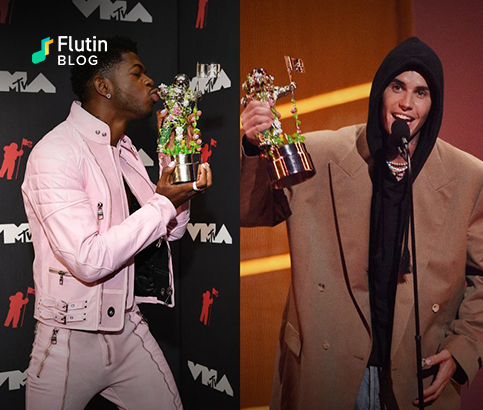 2021 MTV VMA: A Sneak Peak Into The Most Talked About Highlights Of One Of Music’s Greatest Nights

Like each year, the 2021 MTV VMA did not disappoint. The show gave us some spicy and raunchy moments to talk about for years to come. From astonishing performances and breathtaking red carpet instances to heat between some guests and deserving VMA winners 2021, the night was truly one that would stay fresh in our minds for a long time. So, without further ado, let’s jump into some of the juiciest highlights of this year’s MTV Video Music Awards.

The 2021 MTV VMA, held in Brooklyn, saw some of the biggest names in the music industry making headlines in bold and caps. From truly deserving VMA winners 2021 to some astonishing moments that created quite the stir, the VMAs was filled with gossip-worthy instances. Take a look at some of the most memorable moments from the night of the MTV Video Music Awards.

Actress Meghan Fox left the whole world awestruck when she appeared in a see-through gown with her rapper beau Machine Gun Kelly. Needless to say, Meghan looked more steamy and beautiful than the girl of our dreams.

2. MGK and McGregor’s Moment of Fury

Meghan Fox was not the only one to make the headlines. Her beau Machine Gun Kelly also made the news, but for the wrong reasons. The rapper got into a fight with Conor McGregor, the former Ultimate Fighting Championship wrestler, which ultimately led to a physical brawl.

Viewers of the show were delighted to see a surprise performance from the queen herself, Madonna. The pop legend chose to celebrate her decades of relationship with MTV by putting up a performance starting from Times Square and ending on the live stage of the VMAs.

After six years of distance, Justin Bieber finally returned to the stage of MTV VMAs. The singer performed a duet of the song “Stay” with Kid Laroi before giving us a powerful solo performance of the song “Ghost”.

From nominations to wins, the MTV VMAs 2021 was a big night for some of the most deserving artists of this generation. While Justin Bieber led the pack with 7 nominations, Megan Thee Stallion followed suit with six nominations. Artists such as Billie Eilish, Doja Cat, Drake and Lil Nas X received 5 nominations each. Nas took home the Video of the Year award while Bieber bagged the Artist of the Year award.

It seems like wherever BTS goes, records follow. BTS took home the Best K-pop award, winning all the times that they had been nominated for it. They also won the Group of the Year award for the third time in a row, making history again (the first group to win in the category for three straight years).

While masks were still the rage, the party was harder than ever before. Global music fans came together on this occasion to celebrate this great night. Tune in to the fun on the Flutin app and listen to the hit bops by the VMAs winners.